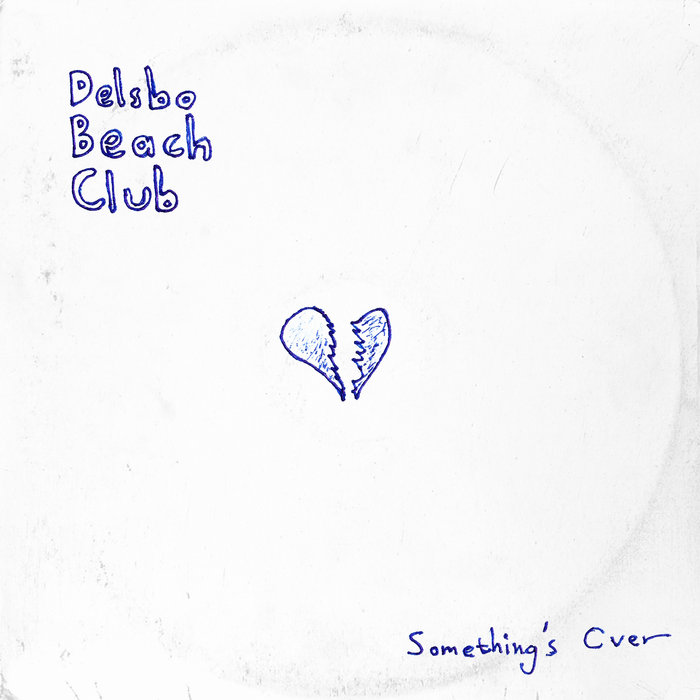 Last year, Stockholm based Delsbo Beach Club established themselves as one of the most promising names on the Swedish indie scene. Debut single All The Way Home was released in October and saw the band quickly earn a spot as the second most blogged act worldwide on Hype Machine as well as receiving praise from national newspapers to CLASH Magazine. The follow-up Talking In My Head also received international attention from NBHAP among others and various swedish newspapers. After some line-up changes, the four piece is finally set to follow-up the last single with new cut Something’s Over, out November 20th via Rama Lama Records.

Something’s Over still has the bands characteristic sound but moves more towards the live experience of Delsbo Beach Club. The song starts of as smooth and easy to get into as All The Way Home and Talking In My Head but gradually moves towards a long intensification which ends in a climactic pedal drenched solo. Something’s Over is a great example of everything that is Delsbo Beach Club, with both the sound that has been described as a golden combination of Mac DeMarco and Beach House and a dazzling solo ending. Erik Björklund's howling vocals is yet again a vital part of Delsbo Beach Club's fuzzy indie pop, finding it's irresistible strength in the guitar-driven melody.

Erik tells the story behind the song:
“I wrote Something’s Over about two years ago and it has since then seen a couple of different shapes. This is how it sounds when I(Erik Björklund), Aron Lange(Dim Vanilla), Max Englund and Alexander Kuronen(Pinemen/Framtidsplaner) made a version of it in our rehearsal spaces in Stockholm. The drums are recorded in the studio of Alexander Eldefors and the singing is from my own apartment.

The song is about when people think they have the right to judge whether relations between other individuals(love/friendship) are good or bad, even though they don’t have anything to do with that relation or those individuals.

It addresses what happens when two people are on different emotional wavelengths and have to break off their relation and other people choose to totally condemn one of them based only on their own perception about the situation not feeling good.

This is something that I believe happens way too often and obstructs people from growing as persons and creates unnecessary barriers between people living together in this world.

Delsbo Beach Club started out as a solo project by frontman Erik Björklund, with a long-time fascination of DIY and bedroom-pop Erik recorded the demos in his new room and set the ground for Delsbo Beach Club's charming sound. After a few line-up changes, the band, featuring members of Star Horse and Pinemen, now consist of Alexander Kuronen (drums), Jacki Skogh (guitar), and Stas Neylik (bass), but the single was recorded with Max Englund (guitar) and Aron Lange (bass).

Something’s Over is out on all platforms November 20th via Rama Lama Records (Steve Buscemi's Dreamy Eyes, Melby, Cat Princess, Chez Ali etc.) and a debut EP is to be expected early 2019.

Bandcamp Daily  your guide to the world of Bandcamp

Guest hosted by Tamar Osbourn aka Collocutor and Toshio Matsuura.